Vital Speed motorsports entered the second running of the California 8hrs at Laguna Seca with their Ferrari 488 GT3 car. Trevor Baek, Marino Franchitti and Jeff Westphal were to share the driving duties of the yellow rocket for the weekend, with Westphal being a local hot shoe at Laguna as well as knowing the Ferrari platform well from years past.

This was the inaugural endurance event for the Portland, OR based Ferrari squad, who enlisted the help of Westphal to guide them through the process as he was one of the inaugural winners of the event in 2017, as well as an expert Ferrari pilot with 5 years experience racing for the brand. “There are a lot of really talented and eager folks at Vital speed, combining that with our driver line up and the endurance experience Marino brings, I think we have a pretty solid outlook for the 8Hr sprint.” Explained Jeff.

After posting some competitive lap times, Westphal qualified the Vital Speed #87 just outside the top 10 where 15 cars were within 1 second for the grid of the 8Hr event. “I feel like we could further optimize the setup to get the rear and front tires to peak in temp and pressure at the same time, resulting in some more lap pace. Being .7 off the pole position, I think .5 of that is easily in the set up. Its something a sophomore team will have the extra capacity to deal with, but we have literally been on the steepest learning curve possible with this race. My hat is off the Vital speed guys, who have worked so hard and produced a really good race car for Trevor, Marino and I” explained the Californian. 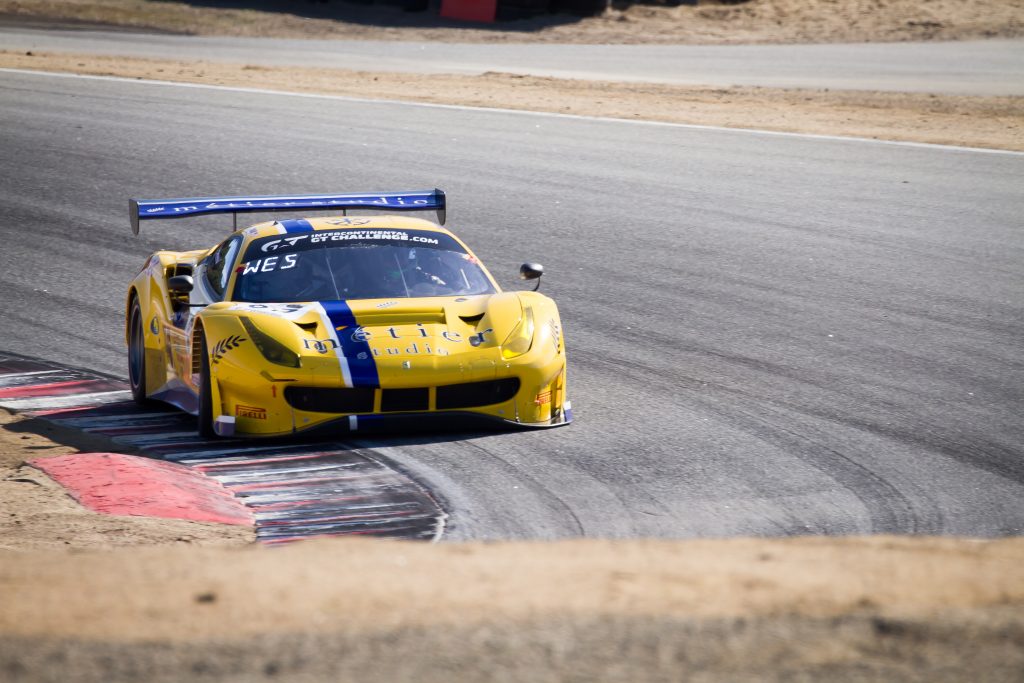 The race started and Westphal was able to maintain the position just outside the top ten, while gaining a spot in the first hour of the 8Hr race. Opposing teams all had their best drivers in the cars, so the progress of the #87 Ferrari was impressive. Later in the next stint, the team gambled on the fuel strategy pitting Marino a second time in 30 minutes, which would give the #87 Ferrari one less Long stop at the end of the 8Hr race, which would prove to be pivotal. As the cars cycled through the next pitstops, the Ferrari emerged in 3rd place, a spot they believed they would regain in the last 40 minutes of the race.

Trevor Baek took the helm for the 3rd stint of the race, and was doing a stellar job deep in the top 10. Late in his 1 hr run, an AMG GT3 decided to take a late stab at a low percentage pass into the famous corkscrew, which relegated the Ferrari to DNF the race due to damage sustained from this action. “Trevor was a passenger, unfortunately the AMG made a bad choice and the result is our race being over.” Said Westphal. “It’s not what any of us wanted as the teams effort certainly doesn’t match the result, but I am confident we will be back and we will be stronger. This was a learning event for the whole team, and I cannot wait to help them through the next steps as this 488 GT3 is a real hot rod!” exclaimed Jeff.

Look for Vital Speed and Westphal to team up at future PWC events across the country in 2019 as the team plans to expand their endurance program with their #87 Ferrari 488 GT3. 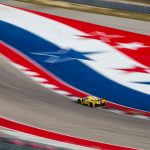